This is 1956 210 Delray two-door Chevy Sedan has been around Dallas Area Classic Chevy Club for a long time, passing from member to member. Long-time DACC member, avid drag racer and classic-car-builder Ken Burton purchased it about 1995 in Albuquerque, New Mexico. It was included in a deal to purchase another Classic Chevy. This one had been stored outside and was burned from the doors back in a grass fire. Ken added a hood and some other parts when he sold it to DACC member Jeff Mouakket in 2005.

Jeff had been on the hunt for an old car to restore, when he came across DACC and decided he wanted a 55-57 model Chevrolet, preferably a two door. February 2005, he found a two-door 56 for sale in the newspaper. It was already sold, but the seller knew of a friend with another one for sale… Ken Burton.

Jeff took Bill Preston with him to check out the car. It didn't look like the car had ever been repainted. The typical problems were there -- bad floors, rusty rocker panels, holes in the trunk. The transmission tunnel had been cut at one time for a 4-speed shifter. His wife and neighbors thought he was nuts when he brought it home.

Work on the car was slow and his lack of experience led him to ask LOTS of questions on the Tri-Five forums. Plus he sold his house in Flower Mound and moved out to Double Oak and built a garage to work in.

Over the course of five years, he replaced the trunk floor, installed complete floor pan halves, new inner and outer rockers, and replaced one of the doors with one found on Craigslist in San Antonio. They shipped the door via Greyhound bus! For the engine, he wanted a modern, fuel-injected engine and focused on a LS1. He put in a low bid on an engine/tranny combo on ebay and unexpectedly won. The combo came out of a 2004 GTO. It was nice and supposedly had 15k miles on it... believable because it was very clean, but after the first few starts, the engine began making an awful knocking noise. Turns out, three rods were broken and the engine was full of water. Bad luck. The warranty was long gone and he replaced it with a 5.3L out of a Chevy truck.

He took the body to a small body shop in Lewisville. It was a bit of a nightmare but the guy charged with painting the car was really talented. It took much longer than promised, cost more money than planned. Jeff also had the pleasure of being attacked and suffering from a bad bite by their dog one day while there checking things out. Fortunately, when he got the car back, the paint looked fantastic. Being his first restoration and car build, he needed a little help with putting it back together, so it went back to Ken Burton's for some of the finishing touches.

In 2010 Mike and Vickie Dodson had sold their beautiful black and white Nomad to Mike and Sandy Reeves, also DACC members, and were looking for a nice Classic Chevy to take to parking lot car shows. A friend sent pictures of Mouakket’s ‘56 and they went to see it at the El Chico Show in Flower Mound. He and Vickie liked it and just bought it.

Mike had his painter, Donnie Bright, wet sand and buff the paint, put in a new back glass, and build a custom radiator shroud. Fuller Upholstery in Keller made new door panels for it. The transmission went out after Mike bought it and Tim Brown at T&T Automotive repaired the 4L60E transmission. Otherwise Mike just keeps it clean… in his own outstanding way.

The Dodsons love this car… and they’ve had LOTS of cars. You can find them all over the place at car shows and sometimes even on TV! The car was featured on “My Ride Rules”.

P.S. Jeff Mouakket is currently finishing up a '59 Chevy Fleetside Big Window with a carbed 5.3L.


Watch Mike Dodson and his '56 Chevy as it was featured on the Speed TV program 'My Ride Rules' by clicking this link! http://www.hulu.com/#!watch/357322 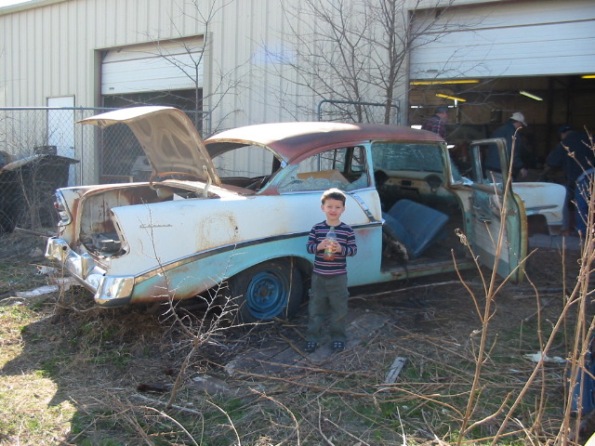 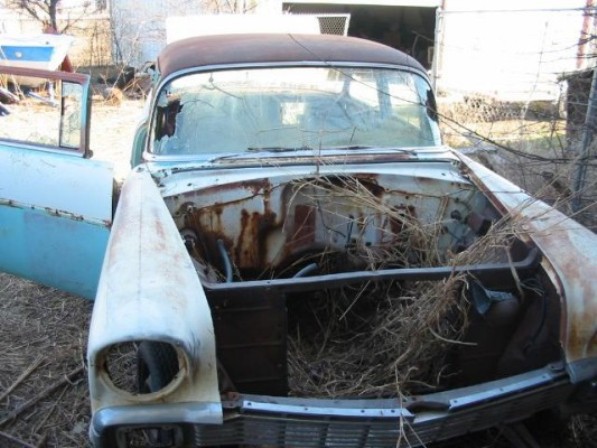 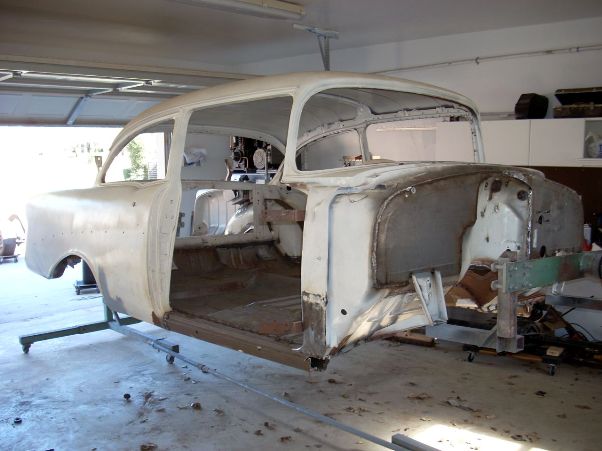 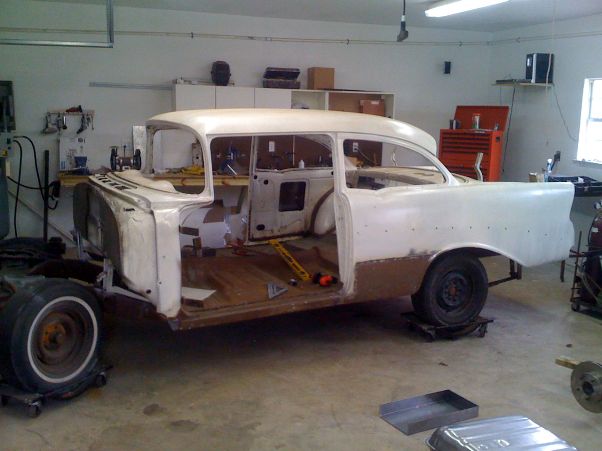 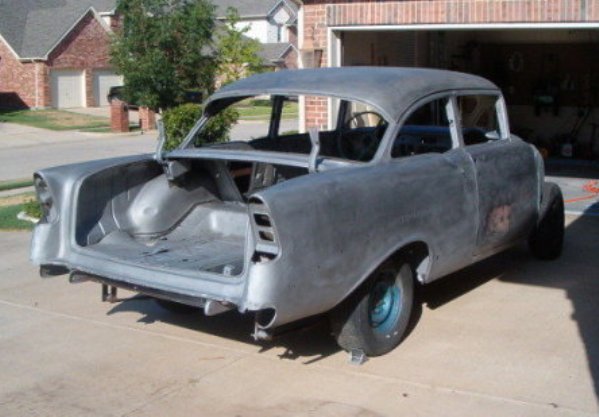 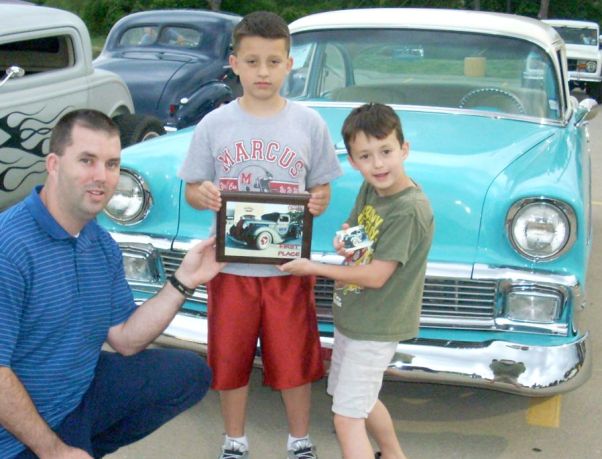 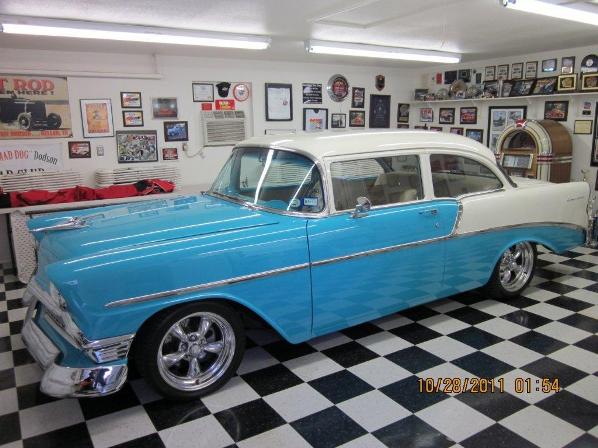 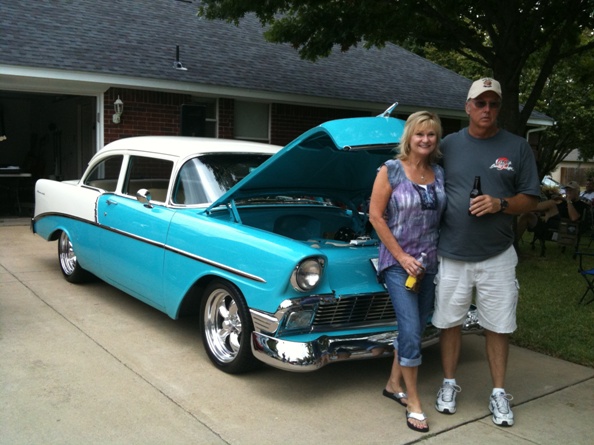 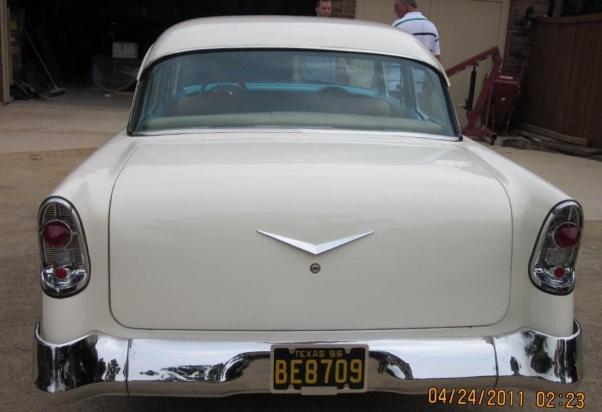 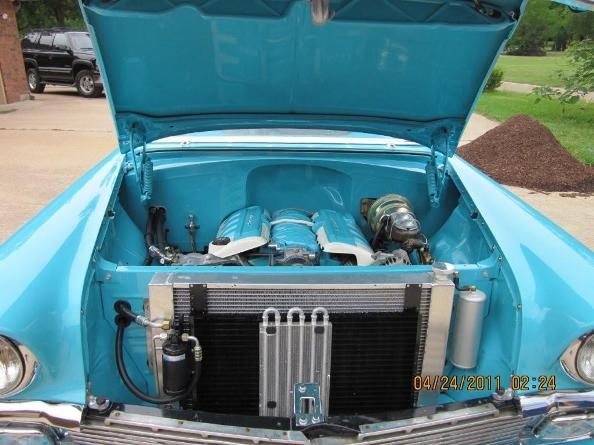 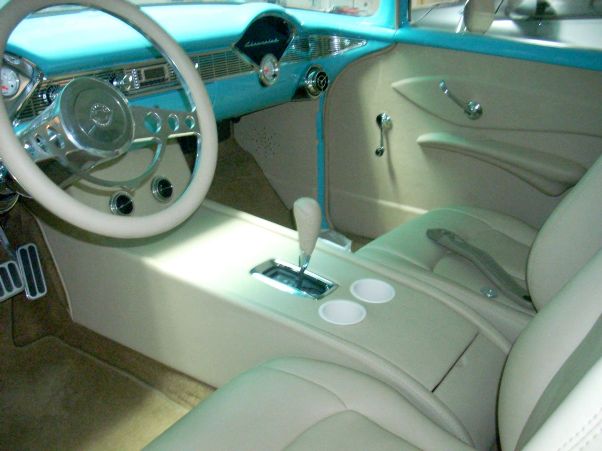 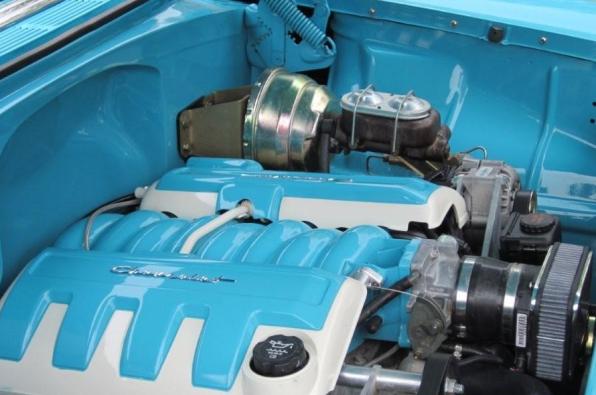 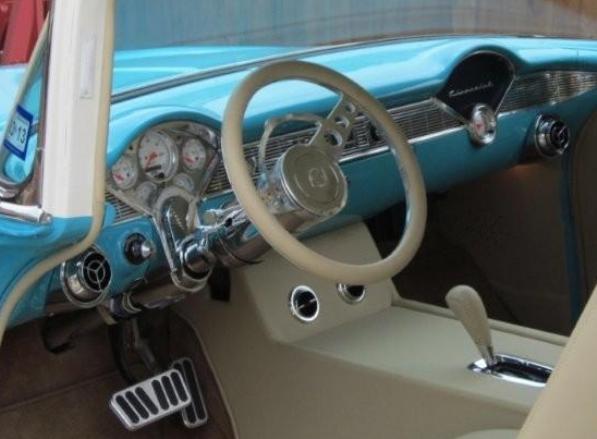