I’ve always had an affinity for 50’s vintage cars, even though I was born in the late 60’s. They’ve always reminded me of a time that was simpler and happier, and that probably comes from watching too much Happy Days growing up. Who didn’t want to be Fonzie, anyway and cruise down to Al’s for a burger?

Of the 50’s cars, I always thought that the ’57 Chevy had the best lines (I’m a sucker for fins) and just made me feel like cruising around town. As I’ve grown older, that feeling has increased and my favorite part of the Lone Star Chevy shows is the cruise – driving with my fellow Tri-Five lovers in a chrome-and-steel convoy are some of the best times I’ve had with my family.

Anyway, my high school years didn’t turn out at all with me being like Fonzie – instead my experience was distinctively “Potsie”-ish. I drove an ’83 Camaro, had the requisite hair wings, wore cheap sunglasses, and tried to move away from Happy Days and closer to Miami Vice. It wasn’t pretty.

Throughout this all, I never forgot about the ’57 Chevy.

I had no money for cars in college and graduate school, although I had boxes of car magazines and catalogs with my parts all picked out and marked. When I did graduate I went right to work and shortly after that started a family – cars would have to wait. When I did finally have the time and the money to buy a classic car some 12 years later, sadly it wasn’t the ’57 Chevy but rather a ’65 Mustang convertible. It was rough so it went directly in for a full restoration.

During the restoration process, I found someone selling a ’57 Chevy. It wasn’t a Bel Air, but rather a 210 Post – and I was drawn to it because it looked like the car that a hard working ‘50’s dad would drive. Plus being a Post car gave me an anchor point for three-point seat belts – a strict requirement of my wife for a classic restoration.

The car was in fair shape, and initially I had planned just to spiff it up a bit – maybe tweak the engine, upgrade to four-wheel disc brakes, and clean up the interior. After a visit to Mo Musclecars in Conroe, the shop that was working on my Mustang, that all changed. In no time, I had decided to go with an Art Morrison chassis, an LS2 engine (which fit nicely in the engine bay and on the new chassis), an all-new interior, and a host of other goodies. Of course I couldn’t do this without taking the car down to bare metal first  and so the process began.

Mo Musclecars did a fantastic job of taking this car down to its bare essentials and building it back out. The focus of the project was to come out with a clean car, but one that I could drive every day if I wanted to. What’s the fun of it otherwise? I wanted it to at least look close to original even if underneath lurked a modern sports car. About a year later, everything was finished.

I’m still no Fonzie, and not sure I ever really wanted to be - leather jackets are just too hot for Texas. What I do have is a great restomod with a 510 HP LS2 engine, 4L65E transmission, and four-wheel six-piston Wilwood brakes that handles like a dream. I’ve been able to spend a lot of quality family time in this car going to local and regional shows, and I hope that these are memories my two sons will carry with them for the rest of their lives. I’ve made them promise never to sell this car, and only hope that it survives in another few years when they start driving.

My only complaint with my car is that I can’t go anywhere quickly. I don’t mean driving – that’s the easy part (I mastered the accelerator pedal a long time ago), but as I’m sure others have noticed, when you pull up to a gas station or grocery store in a Tri-Five you don’t get out quickly. When you’re there, you make a dozen new friends - everyone had one, knew a guy who had one, kissed a girl in one, took a vacation in one, brought their first child home in one, was sorry that they sold one, or otherwise just loves the car. I listen to each story with interest, pose for pictures, show the car off, and generally enjoy the sense of family that the car seems to engender.

I want to add a Nomad someday, and have gotten some great ideas in the past few years, thanks to the shows and the great cars and concepts people have come up with. Something about the Tri-Fives is just addictive and I hope to pass the passion that we have for these cars along to as many people as I can.

With all of that said, it was truly special for me to be picked as the favorite by the Dallas Area Classic Chevy Club. You’ve given me yet another great memory with this car, and I look forward to seeing you all at the next Lone Star Chevy show. 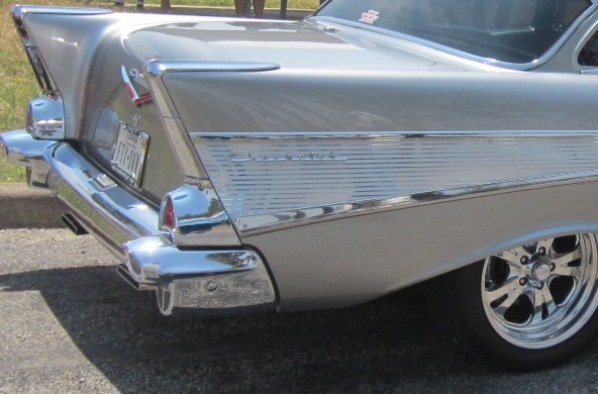 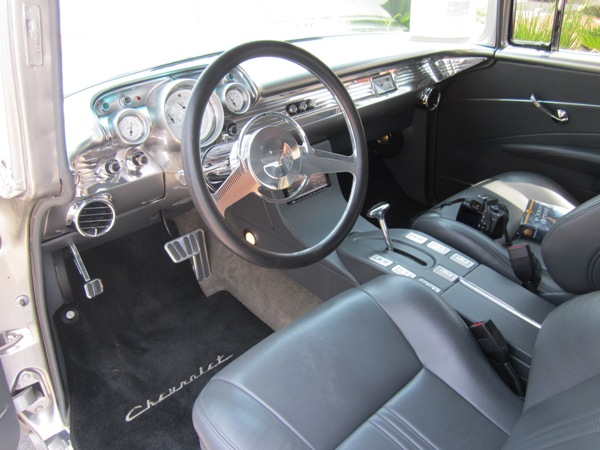 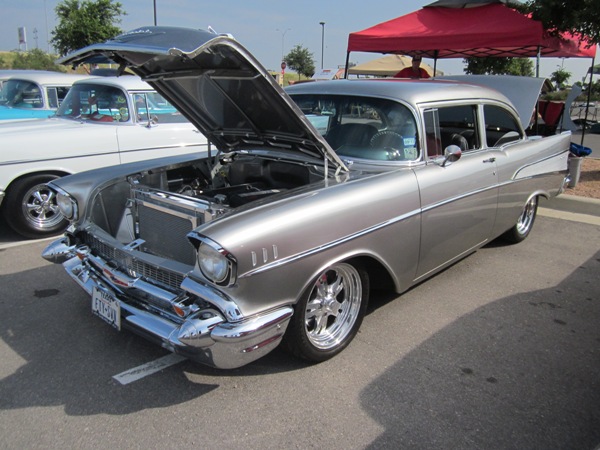 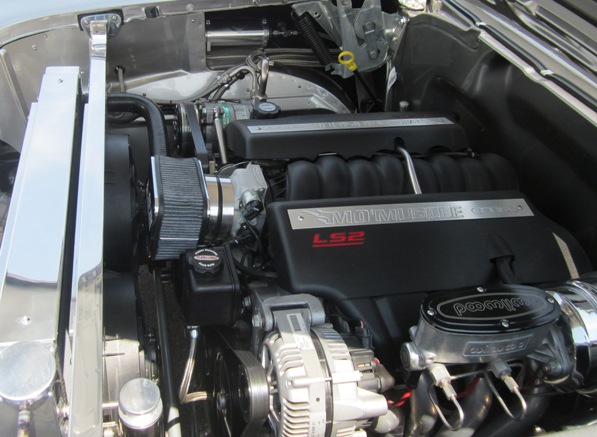 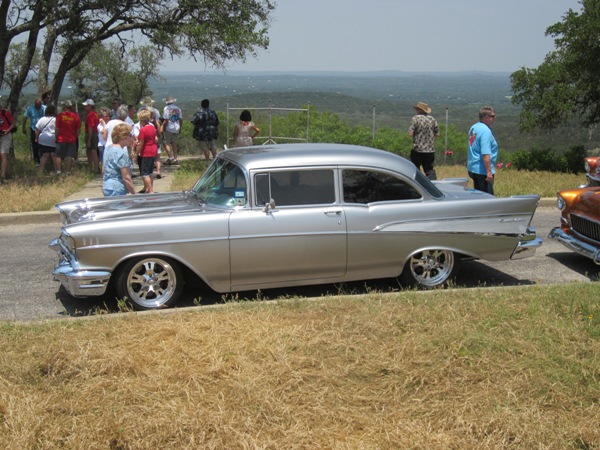 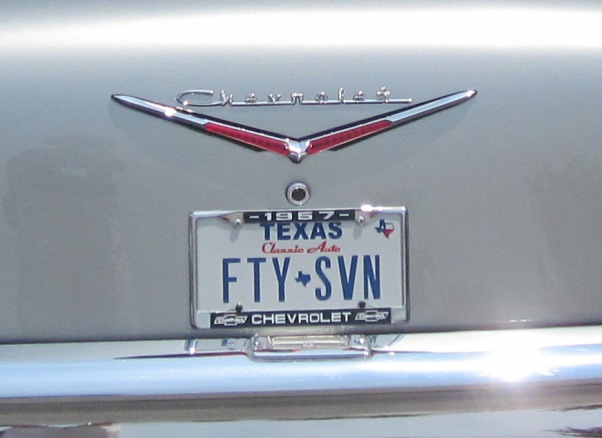 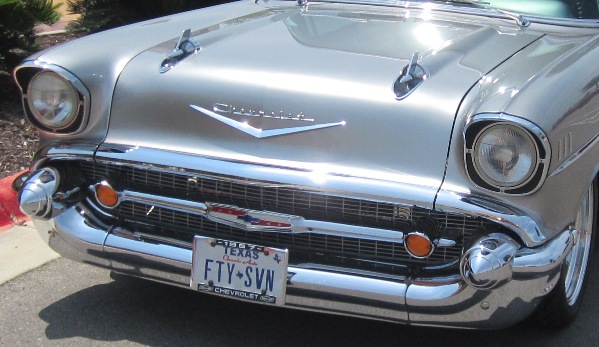 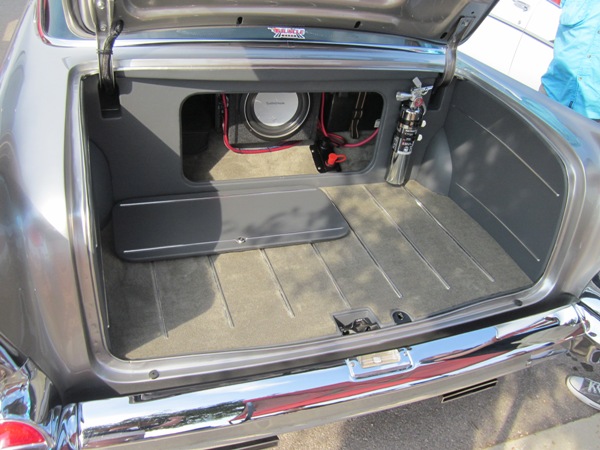 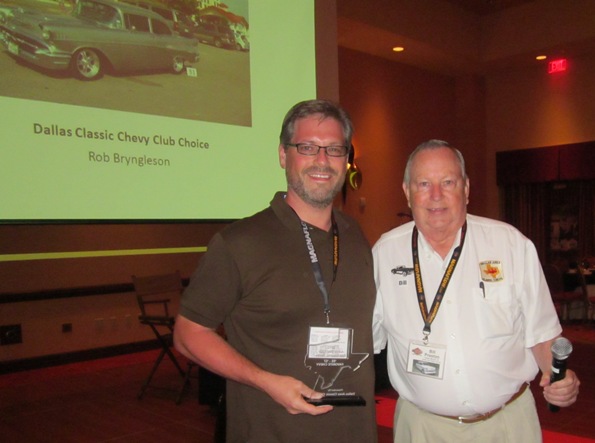 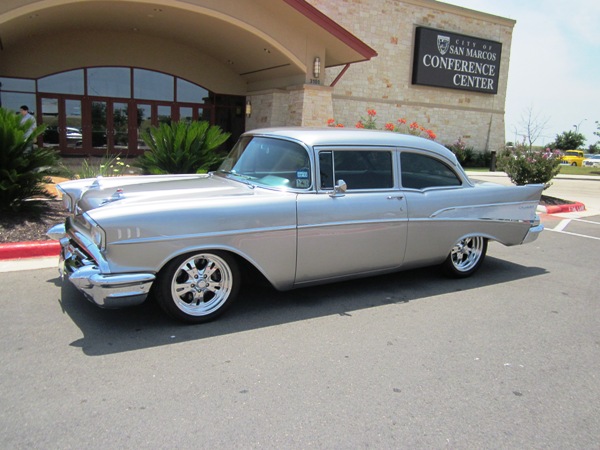