In September of 2006 I bought this ’56 Bel Air two door hardtop in Helena, Arkansas.  Having owned several ’56 Chevys in the past, I was looking to get back into the hobby and this one fit the bill.  I drove all the way to Arkansas and brought it home on a trailer.  The car was a good driver and in decent shape, but it had a few issues here and there.  For example the hub caps would not stay on because the wheels were the wrong ones.

Soon, I did a search on the internet for Chevy clubs in the area.  The Dallas Area Classic Chevys popped up and I saw that they had a car show coming up in Richardson at Reliable Chevrolet.  I went to the show but parked outside the area where the Tri Fives were.  The gentleman at the gate waived for me to park inside the show area so I backed up – a hit a car that was coming by!  I did some damage to the rear tail light on the driver side of my ’56 and damaged the ladies passenger door.  After some discussion we settled the incident and I proceed to park my damage Chevy with the rest of the Tri Fives.  At the end of the show the Favorites were announced and my ’56 was chosen by Reliable Chevrolet as the Favorite ’56 at the event!  I could not believe it!  I had a photo taken of the car and later in the mail I received a plaque.

Then I learned that the club was going to have a cruise to Muenster, Texas and at that time I figured I better join the club and be a part of this.  It was on this cruise that I met Stu Jacobs and his wife.  The conversation took off and the relationship with Stu and we all eventually left Muenster and caravanned back with others in the club.

A few weeks later I called Stu and we talked about restoring the ’56.  We set a date and at my home in Irving we proceeded to tear down my Chevy on a cold January weekend.  We broke up that old ’56 in a day and a half, all the way down to the body and frame only.  Later on, I located a shop in Irving that did some restorations so after some discussion a date was set to come pick up the car.

As time went on, the project had some issue here and there.  The tail pan and one door had some rust and had to be cut out and a door skin put on.  I took the rest of the sheetmetal and had them dipped.  I had powder coating on everything from the frame, rear end, drive shaft, seat springs/frames and had the gas tank hammer toned.

The 305 small block that was in it came out and in went a restored 327 with double hump heads and behind it a 700r4 tranny.

After about four years of ups and downs and doing some things twice (haven’t we all done that!) it has finally come out looking like a nice ’56.  It has disc brakes all the way around, A/C, power steering, power brakes, continental kit, tilt wheel and finished off with Matador Red and Adobe Beige.

I look forward to having fun with it going forward with the club and it will be in the DACC Display at the Dallas Autorama in February. 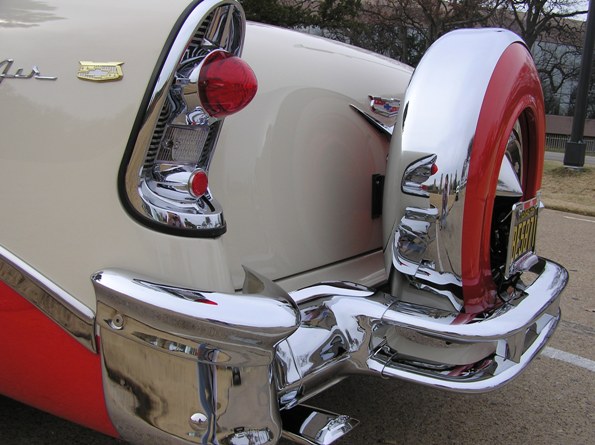 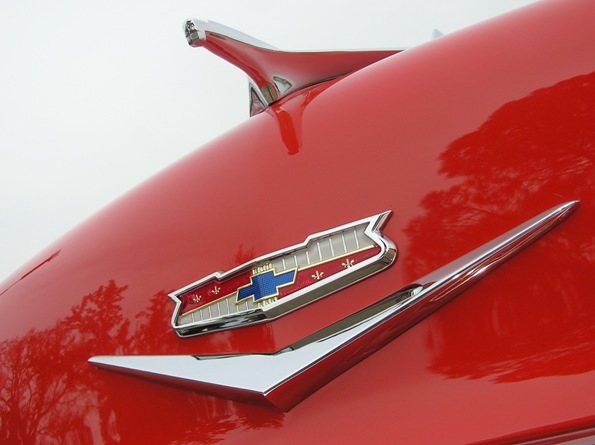 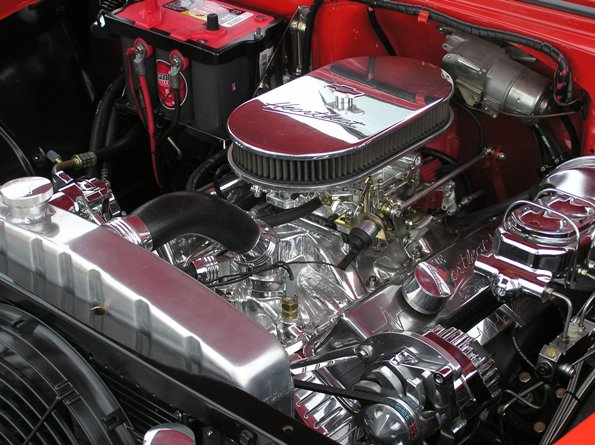 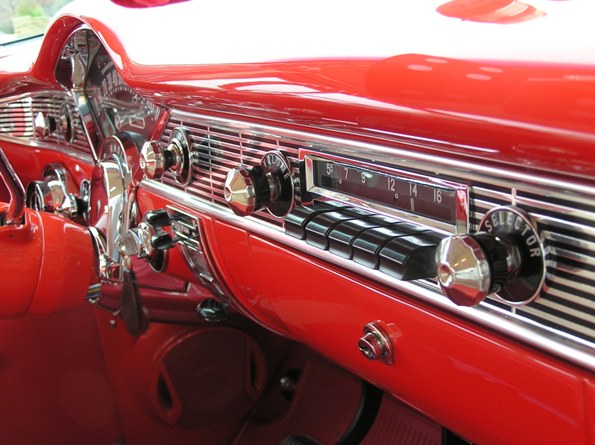 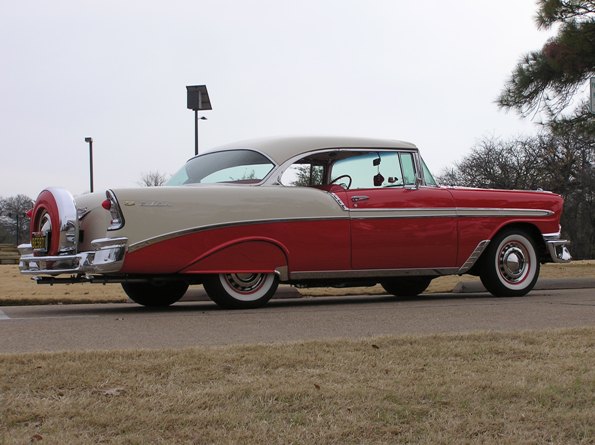 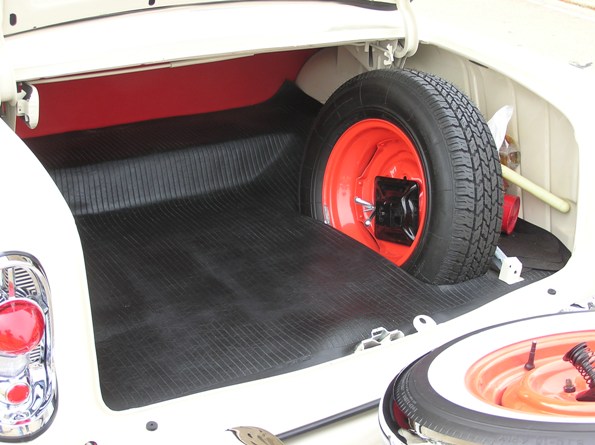 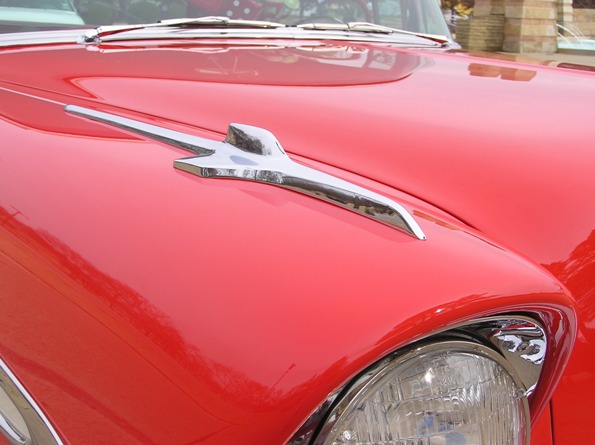 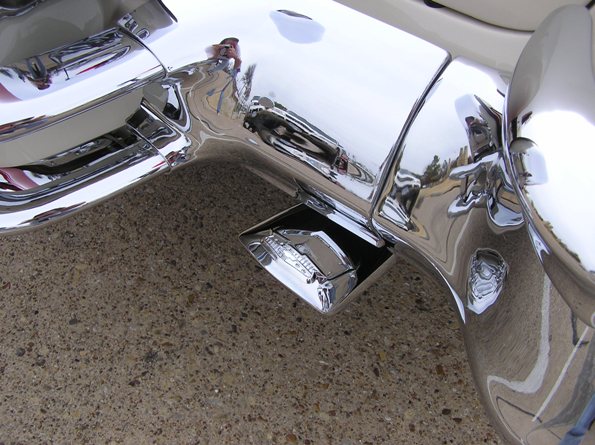 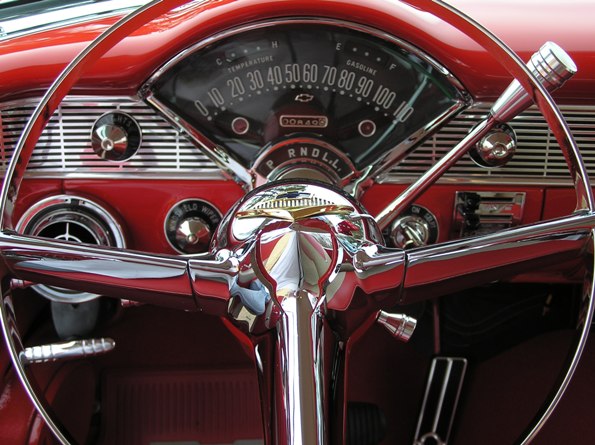 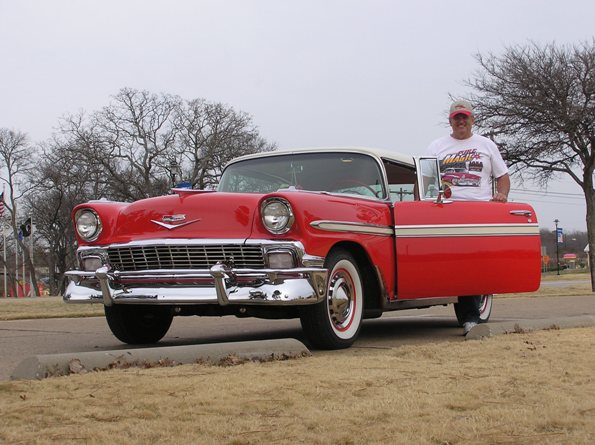 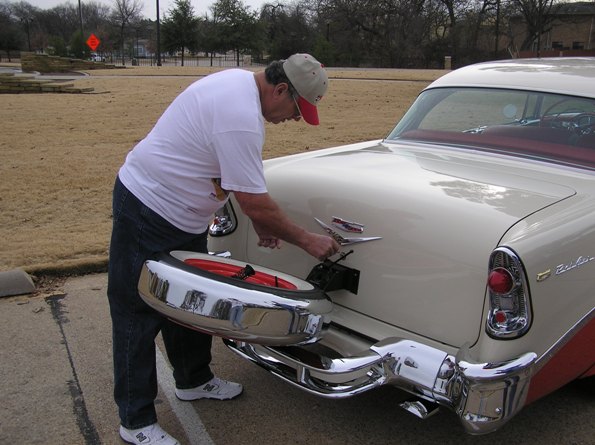 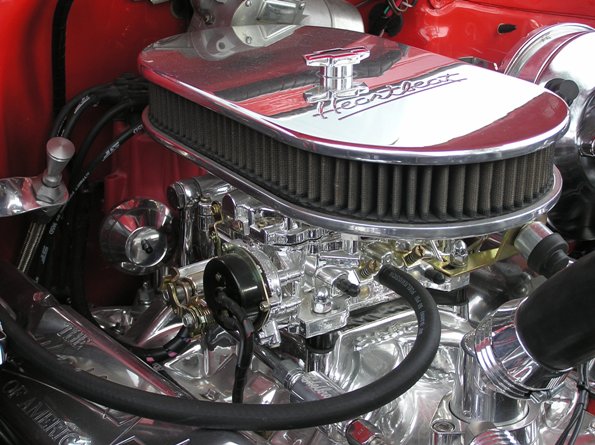 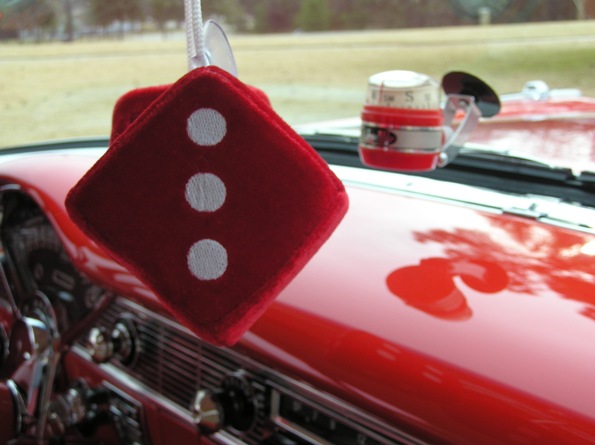 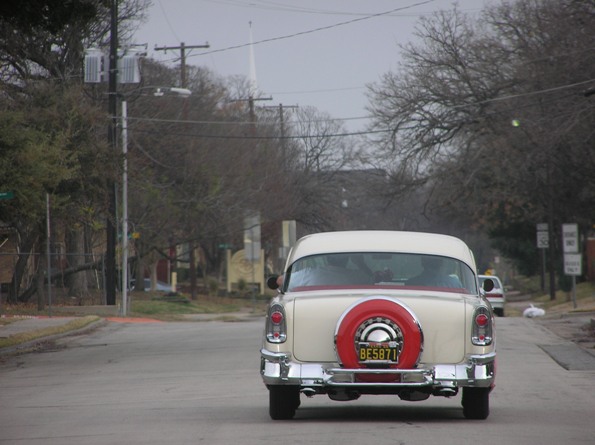