When I was in High school (1983-1985) my buddy’s father had an AMC Gremlin and a Pontiac GTO. Most times we would be cruising around in the Gremlin; it was a “beater” but had a lot of guts under the hood. But there were occasions when we were in the GTO. That Old Goat made plenty of power with the 400ci motor that had some head work done. I guess that is when the “bug” bit me. I have had a fascination for cars ever since then.

I have always liked the muscle cars of old, but there is something about a Tri-Five Chevy; all the chrome and stainless set it apart. I have owned (4) ‘57’s and (1) ’55 Bel Air. Currently, I own a red ’57 and this two-tone ’55, both Bel Air hardtops. I also have a ’70 Chevelle SS, LS-6 and a ’69 Corvette Convertible big block. One of my favorites was an all original ’57 Bel Air Convertible. It was a lot of fun but, being an original car, it had its “quirks”. I don’t think there is a nicer convertible ever made than the ’57.

The two muscle cars I have are original cars. The two Bel Airs I have are “Resto-Mods”. “Today’s technology, with yesterdays look” is the way I like to describe the Bel Air’s I own now. Both have the modern features of today such as power disc brakes, power steering, A/C, Auto Trans w/OD, Chevy 350 crate motors, one with fuel injection, 18” wheels & tires and other amenities. There is nothing like going to the car show with the A/C blowing nice and cold during the summer months here in Texas. The two muscle cars I have are big blocks and throw a lot of heat, especially without any A/C!

My family enjoys the cars. I have two children, Joe (8) and Jenna (5) and my wife Becky (I don’t think she would want me to put her age). The kids love to ride in the cars around the neighborhood, especially when they get to sit in my lap and get to drive. My son is partial to my ’57 and my daughter likes the coral and grey ’55. The correct color is Canyon Coral/Shadow Grey. But, she calls it the “pink one”. My wife likes the Corvette, as it is a convertible. I have often considered buying a ’56 Nomad so I would have a complete set of “Tri-Fives”, unfortunately I don’t have the room.

For the most part, all my cars are finished and are ready to be driven and enjoyed; although, the cleaning and polishing never seems to end. I have continued to add some chrome pieces to the two Bel Air’s in the engine compartments, you can never have too much chrome!!! Hope to see you all at the car shows! 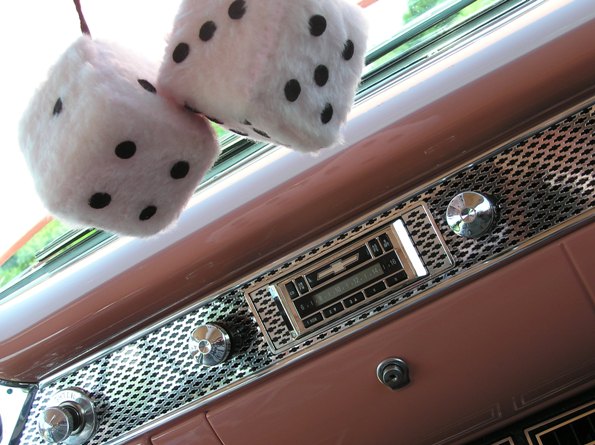 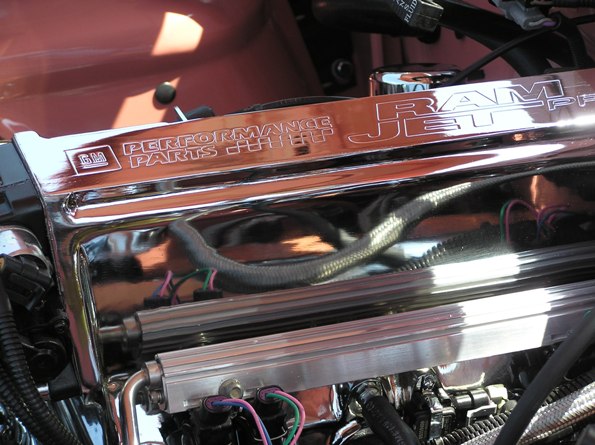 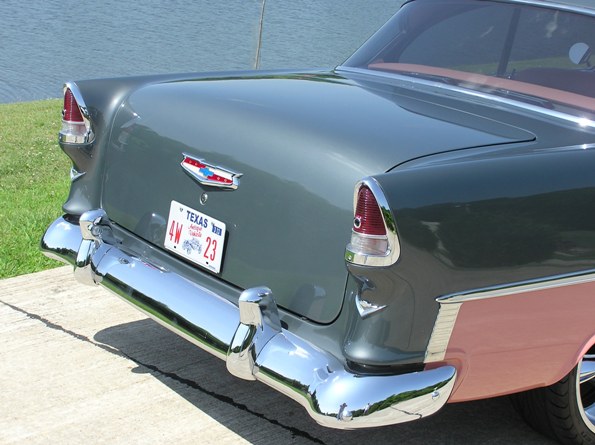 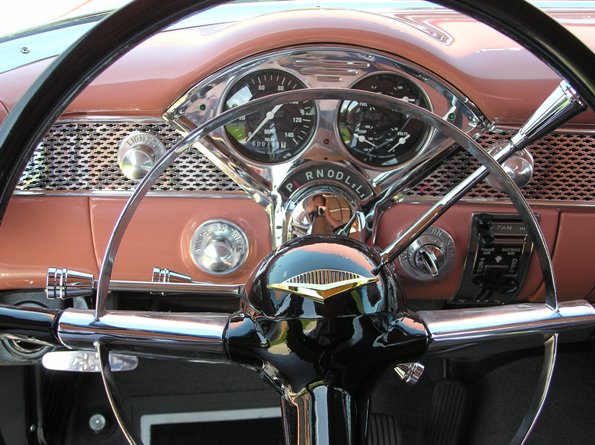 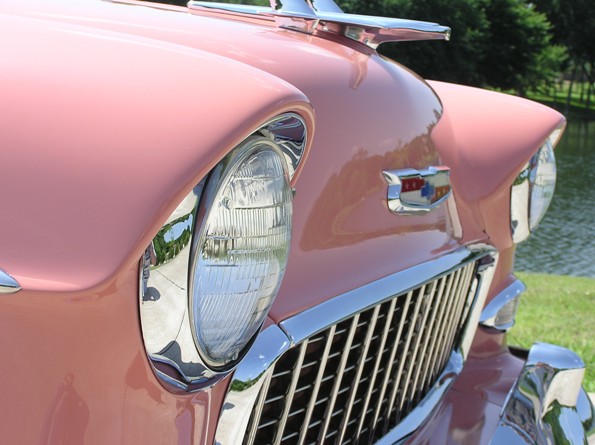 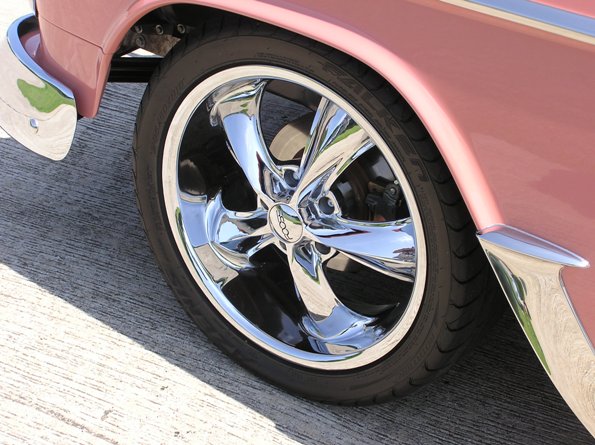 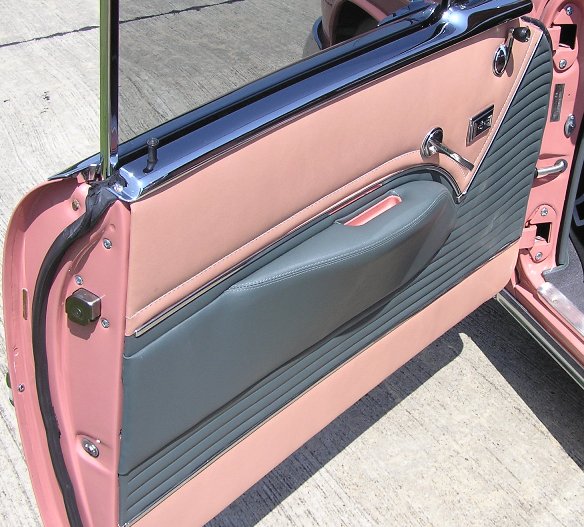 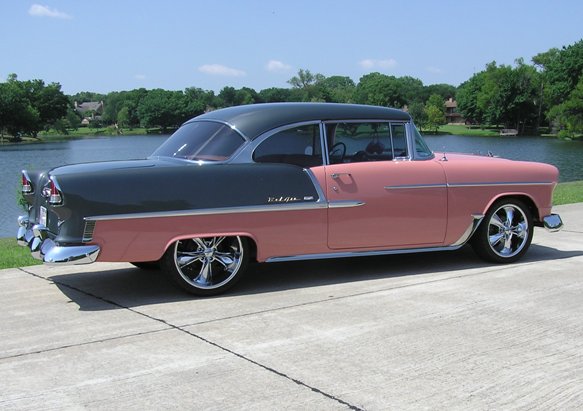 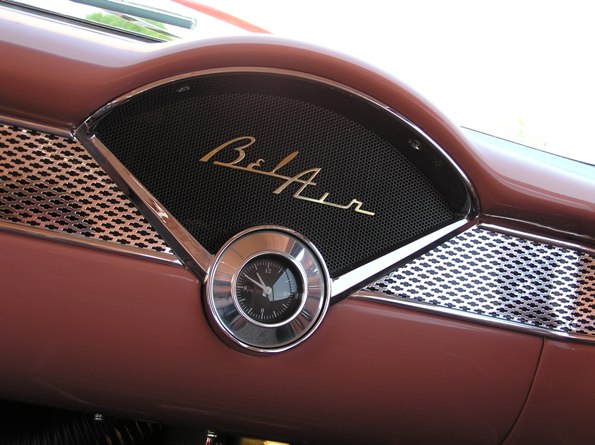 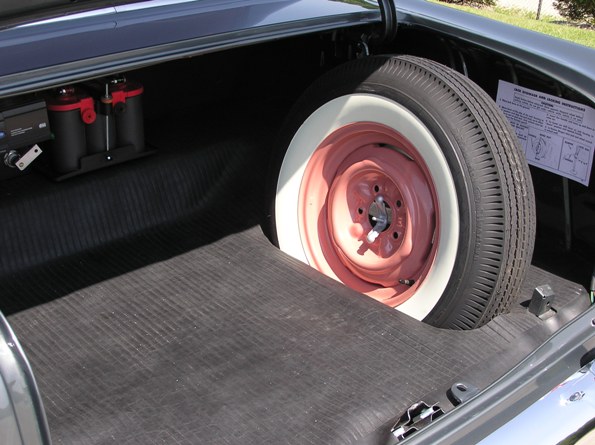 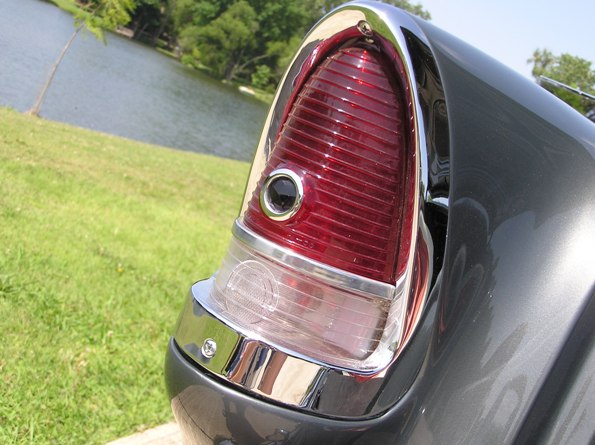 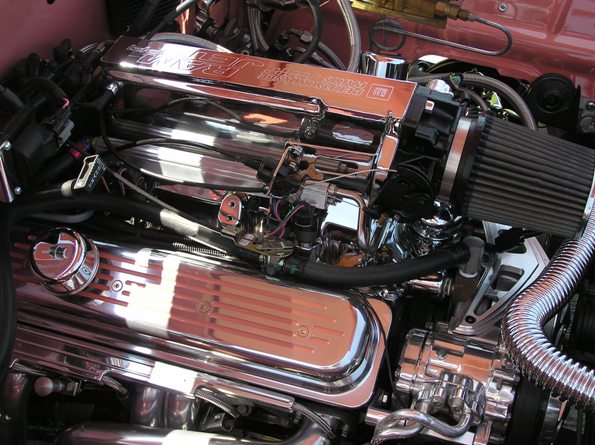 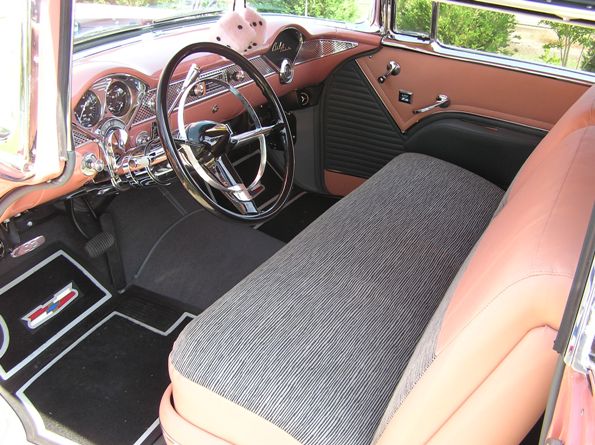 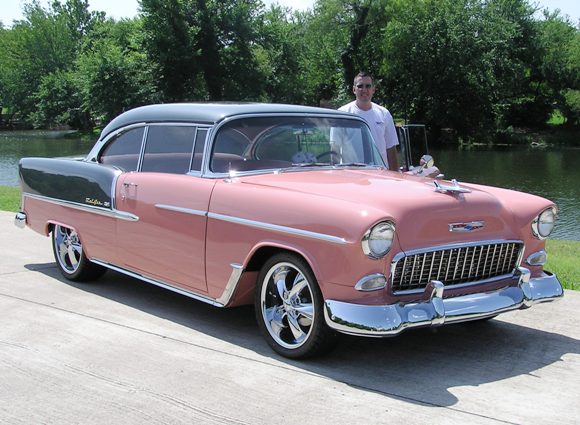 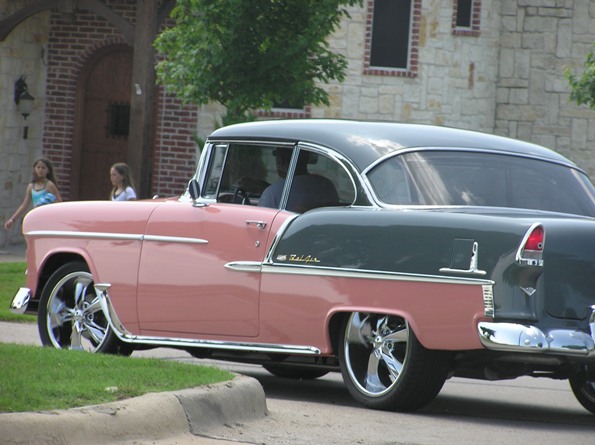