In September 1955 a man named Vanny Summers walked into North State Chevrolet in Greensboro, North Carolina and bought a Glacier Blue 1955 Chevrolet Bel Air four door Sedan to take his family to Myrtle Beach and more importantly, tow his fishing boat.  The sticker said $2543.12, but he got a discount for paying cash and walked for $2200.  He drove the car on many trips to the beach and towing his fishing boat.  No one remembers how big the boat was or how big the fish actually were that were caught but they do remember the boat had two motors, and we all know how important that is!

Vanny never washed his Chevy because he had a grandson that would do it for him.  His grandson, Gerald McGee, liked to wash the car and it was a great way for Gerald to pay Vanny back for breaking the rear window with a rock.  Gerald loved the car and would pretend to drive it all day.  As the years passed on eventually so did Vanny, and the car sat in a garage in front of a swordfish hanging on the wall that Vanny caught many years ago in the boat with two motors.  Gerald would come by to see his grandmother and look at the car until one day Gerald decided he would drive it.  After some hard work Gerald drove the car.  Eventually Gerald had a son, Tom, who he would pick up from school in the ‘55.  It was Tom’s job to hold the antenna out the window, so the guys could listen the radio.  You see, Gerald did not want to drill a hole in the car for the antenna!  In 1981 Gerald moved his family to Texas but had to leave the car behind so it sat in front of that big fish.

In 1984 Gerald’s grandmother died and he learned the car was to be sold.  Gerald immediately drove back to North Carolina and towed the car back with his S10 Blazer (that had only one motor).  Unfortunately the car sat and became a cat sanctuary for many years until Gerald found a man named Ray Trevathan, who helped bring the car back to showroom condition.  (Note - Ray was one of DACC’s original members and is sorely missed as he passed away in 2000).  Gerard then gave the car to son Tom on Father’s Day.

Tom drove the car to high school and a few local shows. Eventually Tom went to college, moved to Chicago and then California.  The Ole ’55 sat for many years in a garage under a cover.  Eventually Tom moved back to Texas and one week later he picked the car up and put it in his garage.  A month went by before Tom pulled the motor out and put in a new cam, heads and a little nitrous on the car.  The car was back on the street receiving honks and thumbs up, but the story is not over.  Tom has a three-year-old son, Mason that refers to the car as the ‘vroom vroom’ car and yells from the back “make it go!”.  Who knows, the car might be in the family for another fifty years! 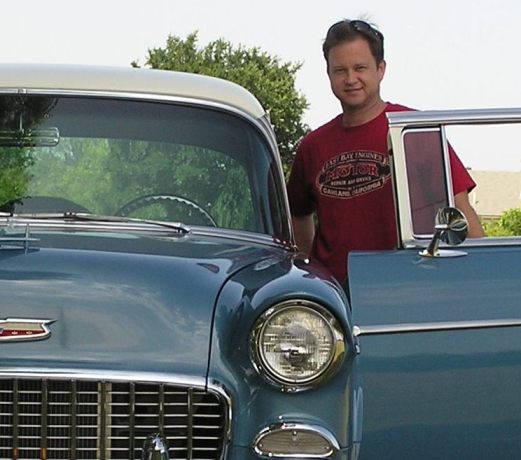 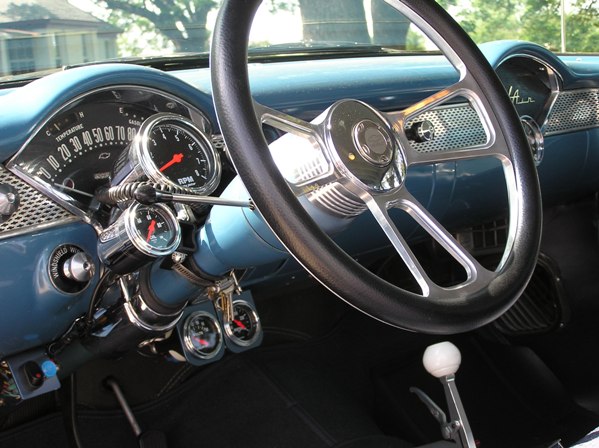 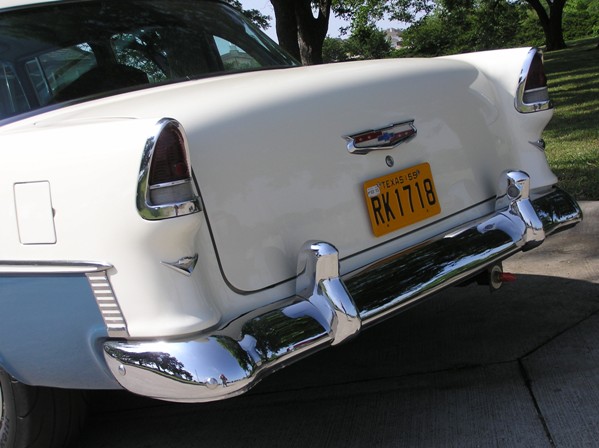 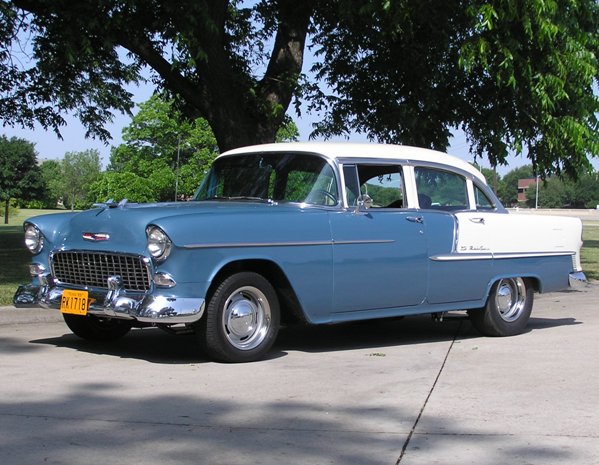 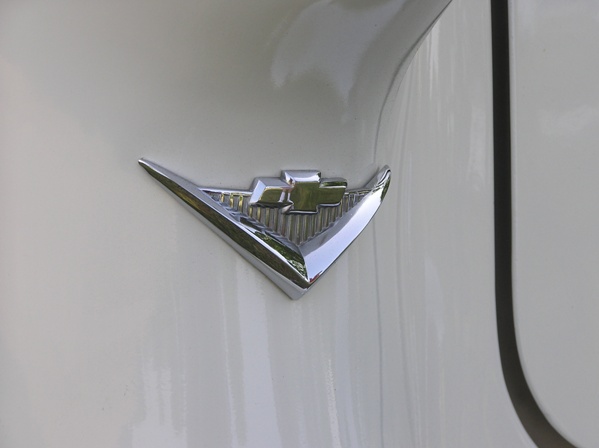 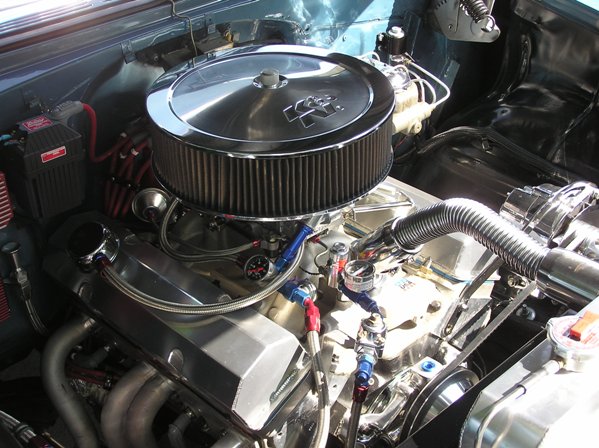 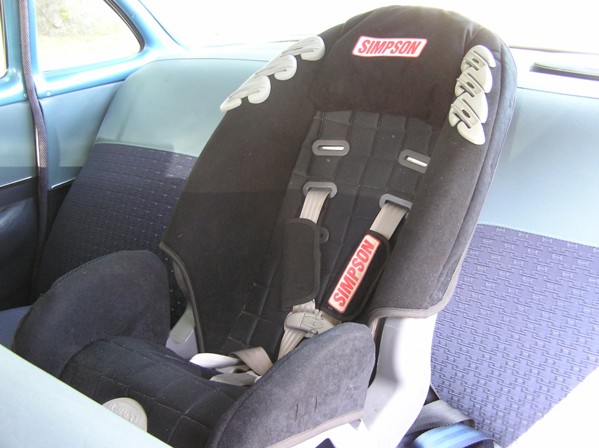 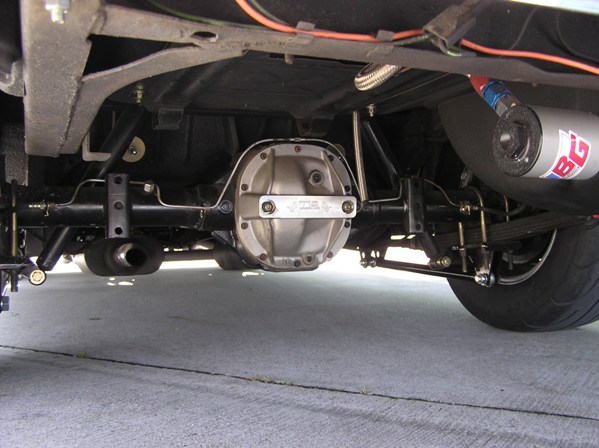 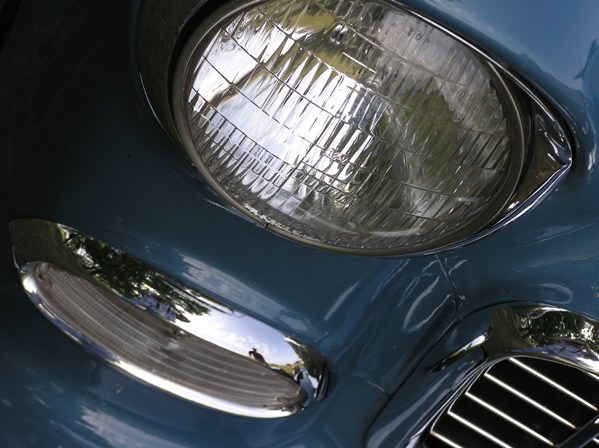 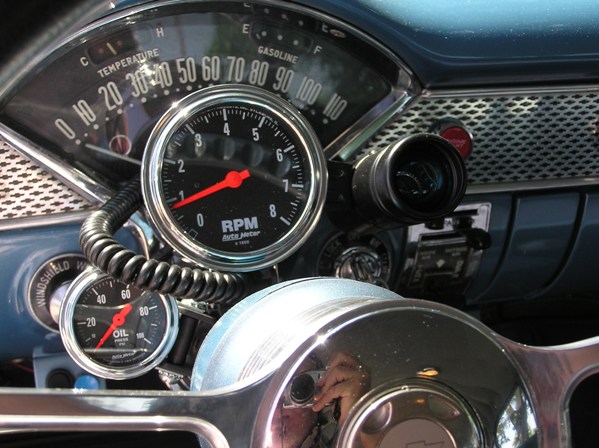 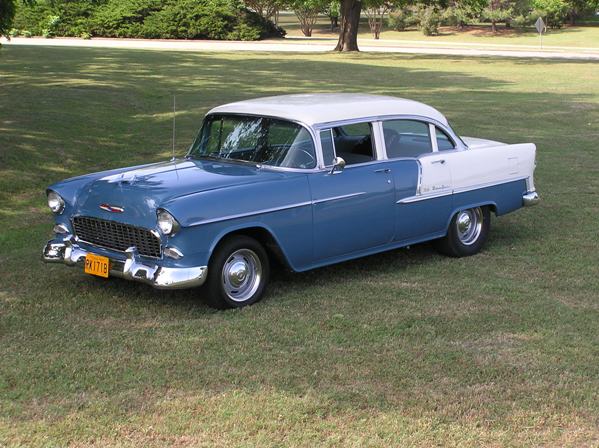 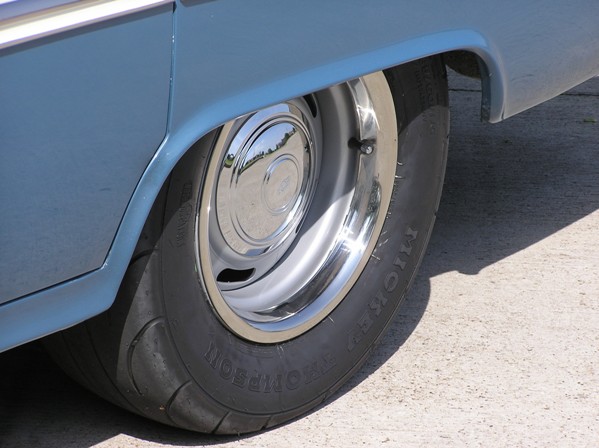 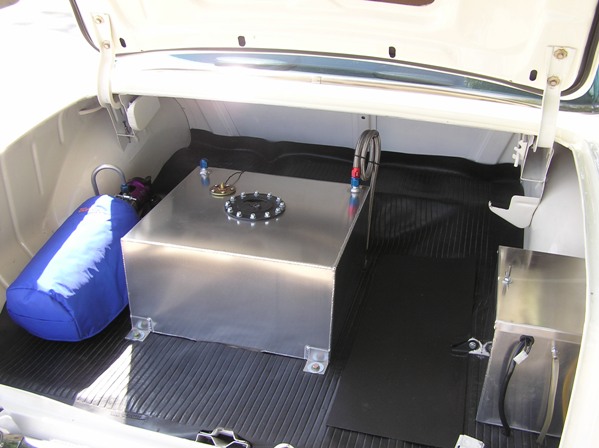 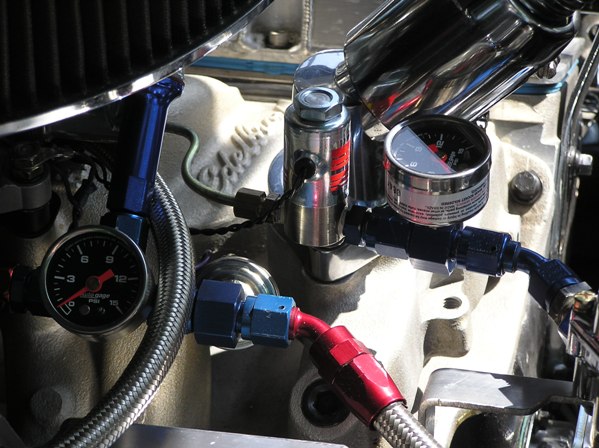 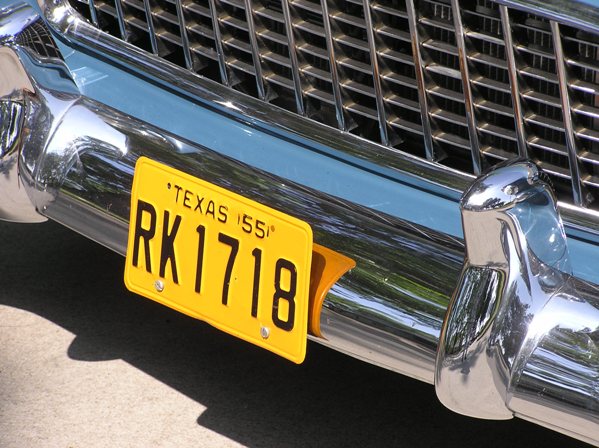 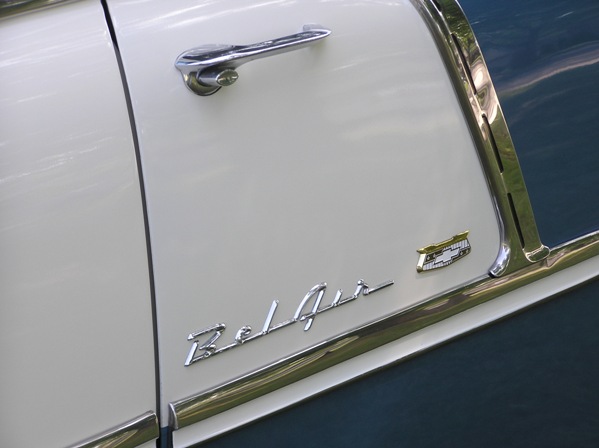 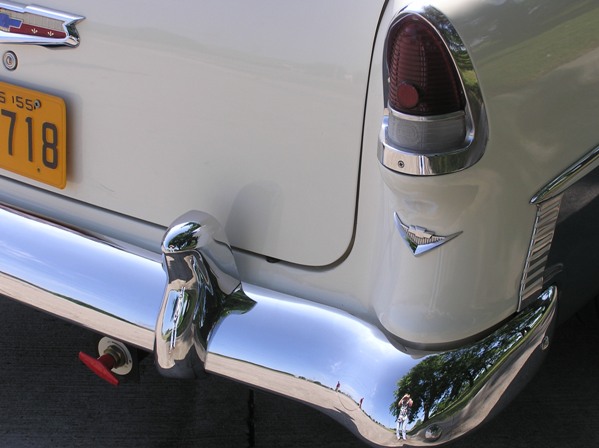 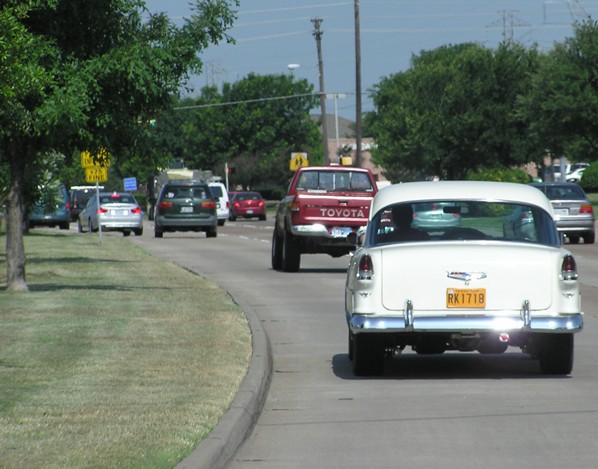 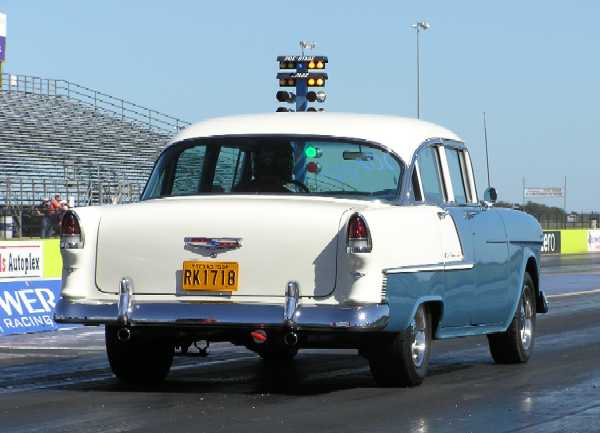